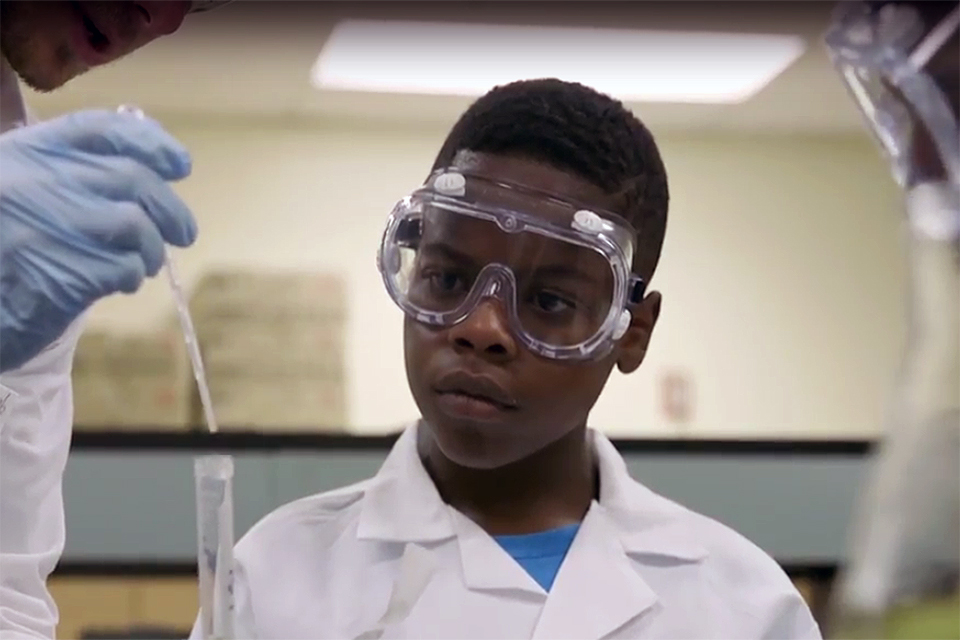 Students from the University of Maryland, Baltimore (UMB) CURE Scholars Program visited the University of Maryland School of Pharmacy throughout the month of July to gain hands-on experience conducting research in the field of pharmaceutical sciences. The visits were organized by Lisa Jones, PhD, assistant professor in the Department of Pharmaceutical Sciences (PSC) at the School of Pharmacy, as part of her $1.1 million CAREER Award from the National Science Foundation, which supports her ongoing work to develop a new method to study the structure of cell membrane proteins in the cellular environment.

“One of the key components of the CAREER Award is that the awardee not only conducts his or her own research, but also creates an education plan aimed at fostering the development of young researchers,” says Jones. “I was thrilled to have an opportunity to collaborate with the UMB CURE Scholars Program for my education plan, and offer local middle school students a chance to conduct hands-on research in a laboratory setting at the School. I hope their time with us helped them uncover a love of science as well as a desire to pursue a career in science, technology, engineering, or math (STEM).”

Established in 2015, the UMB CURE Scholars Program prepares middle and high school students in Baltimore for competitive, lucrative, and rewarding research and health care careers at UMB and other health institutions in the region. The program is a partnership with three public schools in West Baltimore – Franklin Square Elementary and Middle School, Green Street Academy, and Southwest Baltimore Charter School – that provides career navigation, workforce training, and mentorship to underrepresented scholars at all stages or academic and career development.

More than 20 middle school students participating in the UMB CURE Scholars Programs visited the School of Pharmacy on July 6-7 and July 13-14, where they attended brief lectures and participated in hands-on experiments related to the lecture topics in one of the School’s state-of-the-art laboratories. Topics covered during the lectures included the role of DNA in cancer, the incidence of obesity in the United States, recombinant DNA technology, and protein-based drugs. In the lab, students had an opportunity to extract DNA from strawberries and kiwis, test calories in foods such as marshmallows and popcorn, and express and purify a protein in E. coli.

“Studies have indicated that middle school is the best time to capture students’ interest in STEM,” says Jones. “However, you will be hard-pressed to capture much interest by sitting students at a desk all day. The hands-on experiments that students conducted in our lab not only reinforced lessons from our lectures, but were also fun and gave them opportunities to engage with the material and learn from each other – opportunities that they might not have in a typical middle school science classroom.”

Students visiting the School on July 7 also had a chance to participate in a special activity hosted by Sarah Michel, PhD, professor in PSC. Inspired by the water crisis in Flint, Mich., Michel asked students to bring a sample of tap water from their homes to test for metal ions using inductively coupled plasma mass spectrometry (ICP-MS) – the same method used by researchers who tested the water in Flint – in the School’s Mass Spectrometry Center. With assistance from a postdoctoral fellow and two summer interns in Michel’s laboratory, the students tested and analyzed the levels of toxic metals such as lead and cadmium, as well as non-toxic metals such as iron, zinc, and copper, in their water samples.

“Most individuals likely assume that drinking water in the U.S. is safe regardless of where one lives,” says Michel. “The Flint water crisis was an eye-opening experience for many of us, but I hope that it can serve as an example to these students of how science can help solve real life problems. The scientists who brought to light the drinking water crisis in Flint used their expertise in analytical chemistry to help uncover the lead contamination in the water and, as a result, the city, state, and country took notice. Scientists helped solve this big problem, and I want to inspire the CURE scholars to pursue science and solve other big problems.”

After speaking with students in the program, it appears that both Jones and Michel’s messages are resonating.

“Before I joined the UMB CURE Scholars Program, I thought science was mostly about reading books,” says Tyler McKenzie, a soon-to-be eighth grader at Green Street Academy. “Now, I understand that there are a lot of opportunities for me in science. I like working with my partners on the different projects and knowing that, if my ideas aren’t working, they will have other ideas that we can test, since we’re all contributing to the same project. I’m also looking forward to becoming a surgeon.” 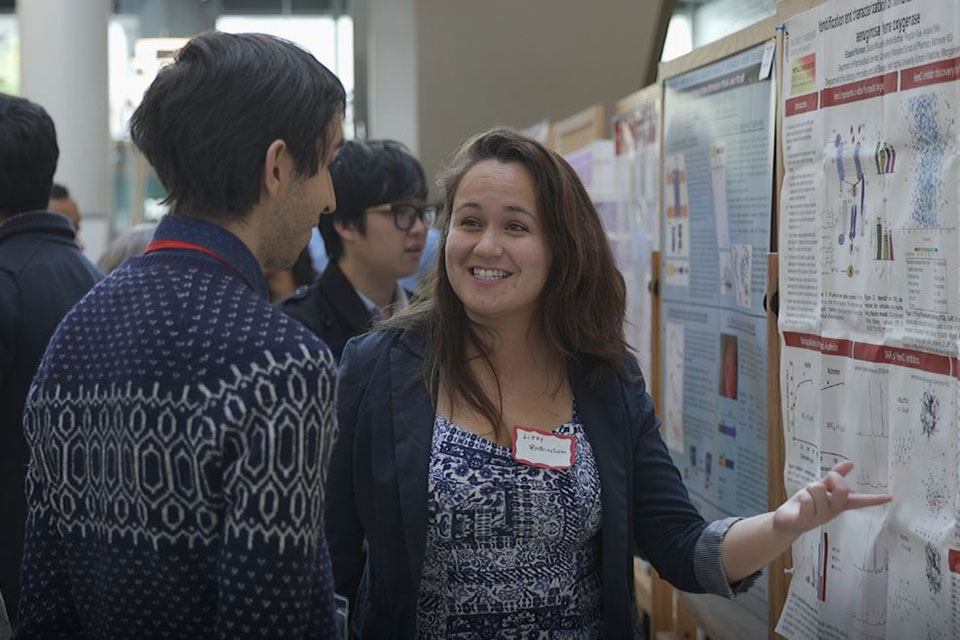 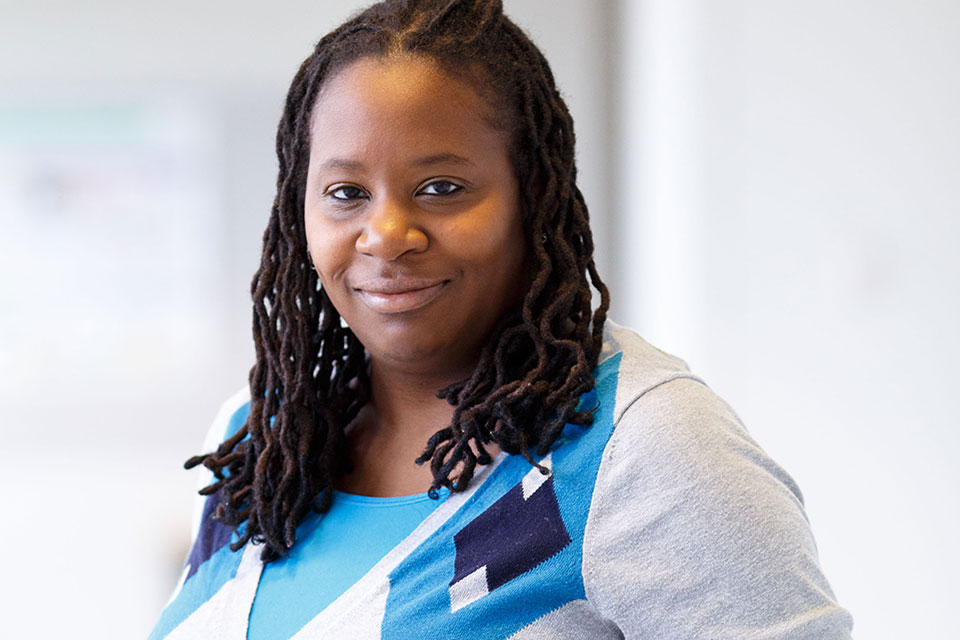 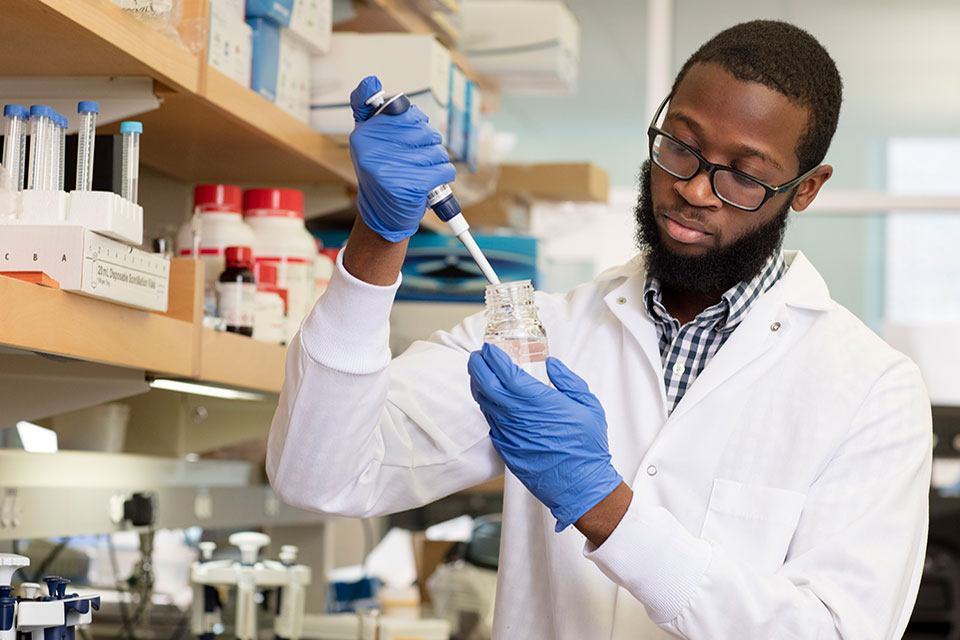 The new 16-month program provides students with the knowledge and skills necessary to obtain high-level research positions in biopharmaceutical companies and the federal government.