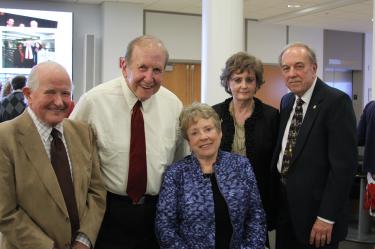 On Friday, October 19, the University of Maryland School of Pharmacy held a reception to honor the retirement of Fred Abramson, BSP ’56, RPh, assistant professor of pharmacy practice and science, and his many years of service to the School and the pharmacy profession.

Abramson began his academic career in 1982, when he joined the University of Maryland School of Pharmacy after a successful career as an independent community pharmacist in Baltimore. Since joining the faculty 30 years ago, Abramson has taught more than 4,000 first-, second-, third-, and fourth-year pharmacy students the intricacies of pharmacy practice.

“As a teacher who is dedicated to his students’ professional growth, watching them move on to successful careers is what Fred likes best,” remarked Natalie D. Eddington, PhD, FAAPS, FCP, dean and professor of the School. “Students, in turn, have benefitted from Fred’s extensive knowledge and basked in his admiration and his esteem. Each and every student is special to Fred, and I know that he is very special to all of them.”

During the reception, several colleagues and friends delivered heartfelt congratulations and remarks about their special relationships with the esteemed professor.

“Since my early days as a student, and later as a faculty member, I have shared a very special bond with Fred,” said Magaly Rodriguez de Bittner, PharmD, BCPS, CDE, professor and chair of the Department of Pharmacy Practice and Science at the School. “I have had the honor to work with Fred for many courses and committees, and have learned to appreciate his devotion not only to community pharmacy, but to his students and his School.”

As a faculty member, Abramson has made significant contributions to the School. He raised funds to establish and equip the original pharmacy practice lab, now affectionately known as the “Fred Lab,” which opened in 2001 and featured sophisticated dispensing systems and software. He was also instrumental in moving the lab to the new Pharmacy Hall in 2010.

“Never did I imagine that, when I walked into the Fred Lab for the first time, I would eventually be able to share the lab with him,” said Cherokee Layson-Wolf, PharmD, associate professor of pharmacy practice and science and assistant dean for experiential learning and one of Abramson’s former students. “It’s an honor, and I believe that I have been one of the luckiest faculty members to have that privilege.”

At the reception held in Abramson’ honor, faculty, staff, and students presented him with a number of gifts, including a framed portrait and rocking chair emblazoned with the School’s logo. A plaque featuring “Fred’s Top 10 Sayings” will also be on display inside the pharmacy practice lab to motivate and encourage future generations of pharmacy students. 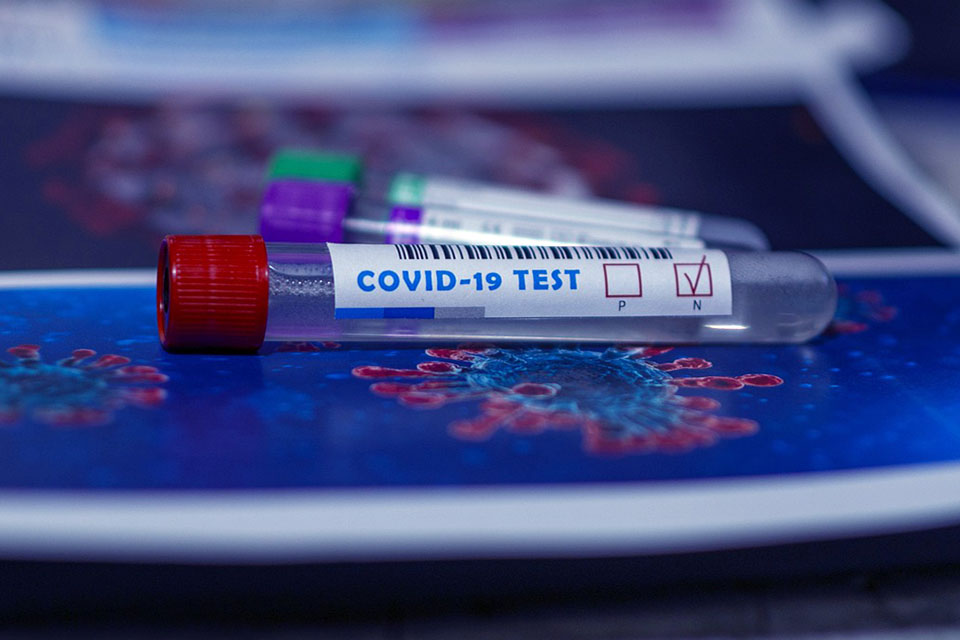 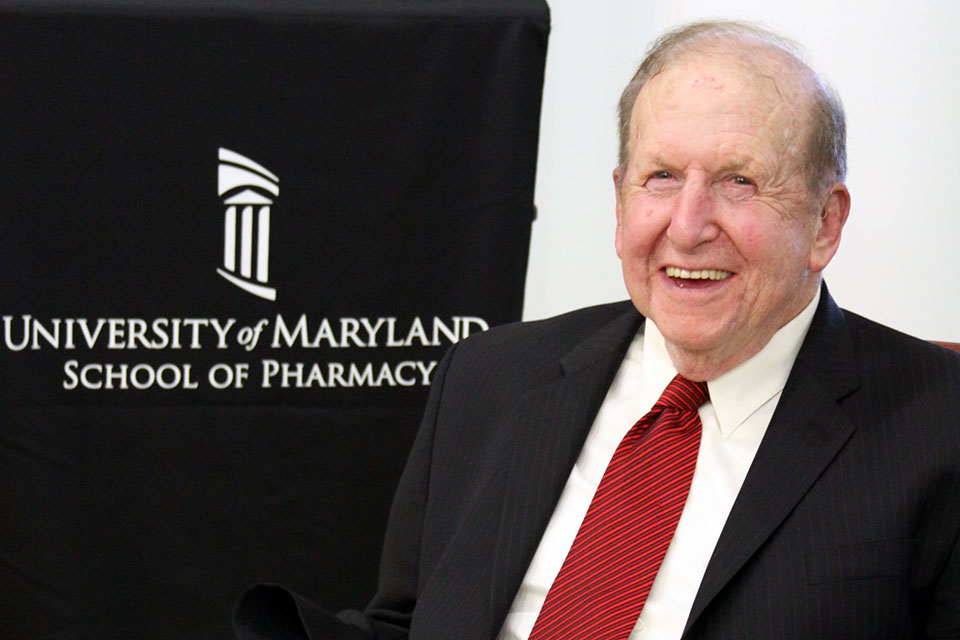 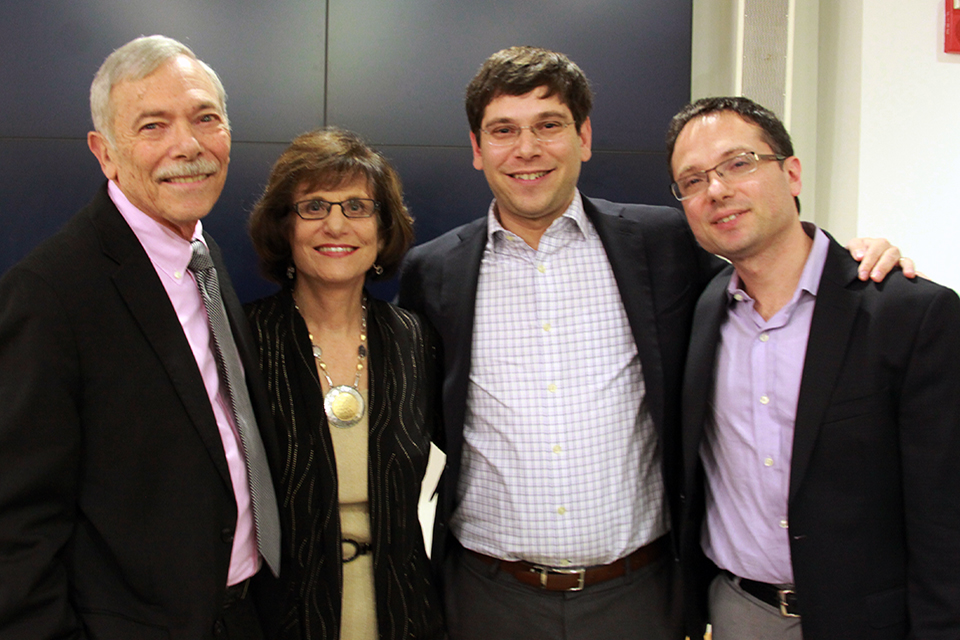