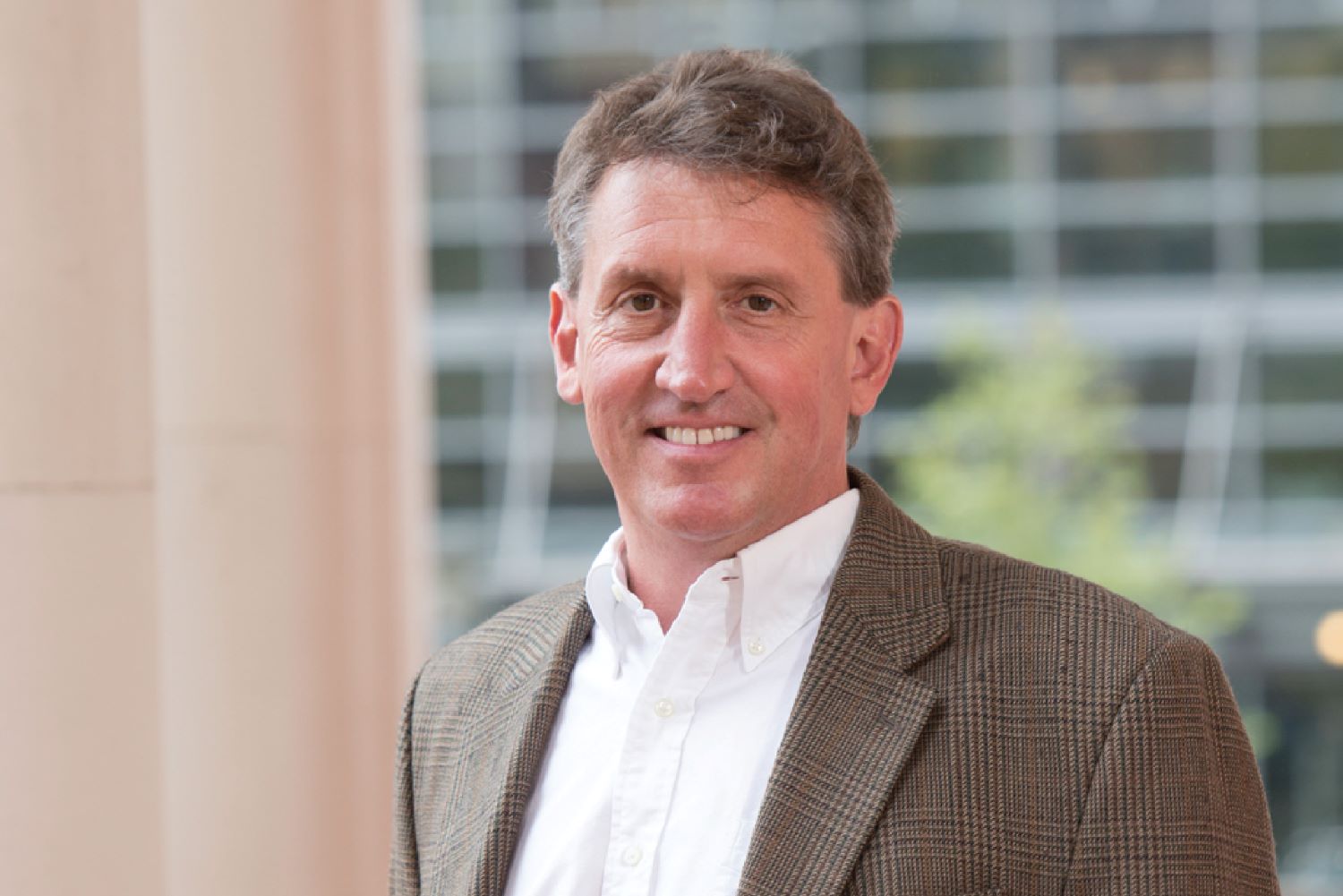 A faculty member in the Department of Pharmaceutical Sciences (PSC) is using novel computational modeling technologies to improve the efficacy of treatments for lung diseases like asthma and chronic obstructive pulmonary disease (COPD).

In a recently published article in Proceedings of the National Academy of Sciences, Alexander MacKerell, PhD, the Grollman-Glick Professor of Pharmaceutical Sciences and director of the Computer-Aided Drug Design (CADD) Center at the University of Maryland School of Pharmacy, details translational research using computational methods to identify a new binding site for drug therapy along with compounds that bind to that site with the potential to be developed into new therapeutics.

In existing asthma treatments, inhalers containing drugs called β-agonists come with adverse effects and tolerance issues. They work by activating β2-adrenoceptors (β2ARs), which relax the airway and makes breathing easier, a process known as bronchodilation. However, long-term use of inhalers can lead to less effective β2AR activation and limit the bronchoprotective effect of β-agonists. MacKerell, with funding from the National Institutes of Health, began investigating if a different activation site, known as an allosteric site, on β2ARs could improve drug treatment by reducing adverse effects.

“Our challenge was to identify a novel binding site and compatible compound to improve the efficacy of these inhalers,” MacKerell says. “Thanks to the CADD technology developed at our School and our collaboration with an expert in the biology of asthma, we are excited about the promising path for this pharmaceutical research.”

The SILCS technology is licensed from the University of Maryland, Baltimore (UMB) by the startup company, SilcsBio, LLC, which supplies CADD software and services to the pharmaceutical industry.

Using the mapping results, MacKerell searched in silico (computer generated) databases for compounds that might be a good fit with the site. In silico databases include existing compounds as well as those that have never actually been synthesized but could be in principle.

“This is a very powerful technology, and we are leveraging computers to narrow the options from 100 million compounds to 100,” MacKerell says. “Of those 100 or so, we can find new compounds that bind to the target protein through experimental testing.”

To evaluate the identified compounds, MacKerell worked with Deepak Deshpande, DVM, PhD, professor of medicine at Thomas Jefferson University, Philadelphia. MacKerell and Deshpande have been collaborating for a decade since Deshpande was a faculty member at the University of Maryland School of Medicine.

“We screened a bunch of compounds, and a few were able to positively enhance the beneficial signaling, airway relaxation, and bronchodilation, which we think is going to be very helpful in the long run,” Deshpande says.

MacKerell says next steps include further optimizing the drugs, establishing their mechanism of action, and better understanding the biology and pharmacology of β2ARs. He also says this scientific approach could be applied to many other pharmaceutical studies.

“Our CADD approach has been successful at UMB due to the ability to collaborate with current and former faculty with a range of skill sets, from computational and theoretical chemistry to airway biology,” MacKerell says.

Grollman-Glick Professor of Pharmaceutical Sciences recognized for work on use of computers in chemical and pharmaceutical research. 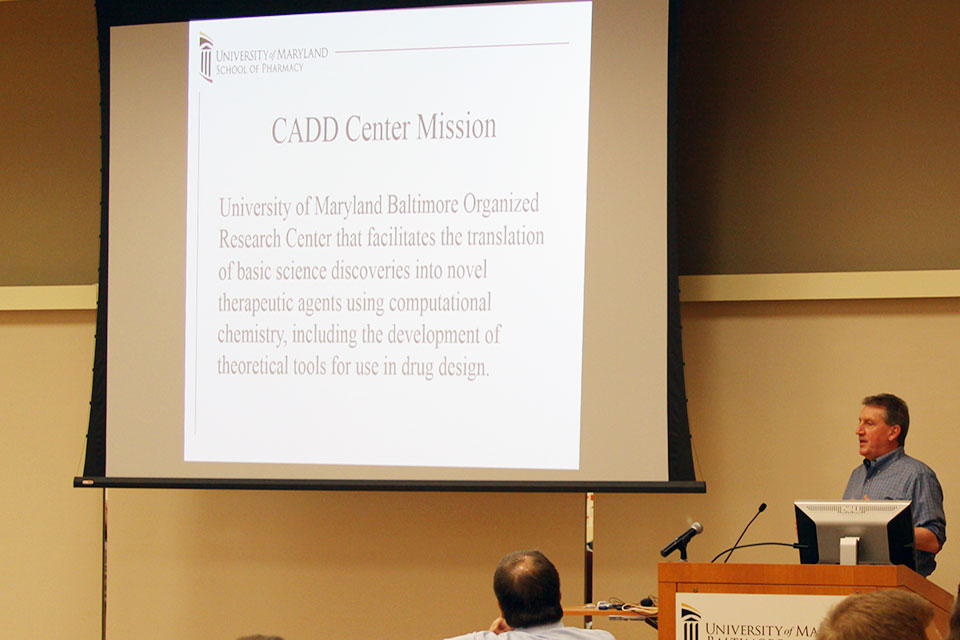 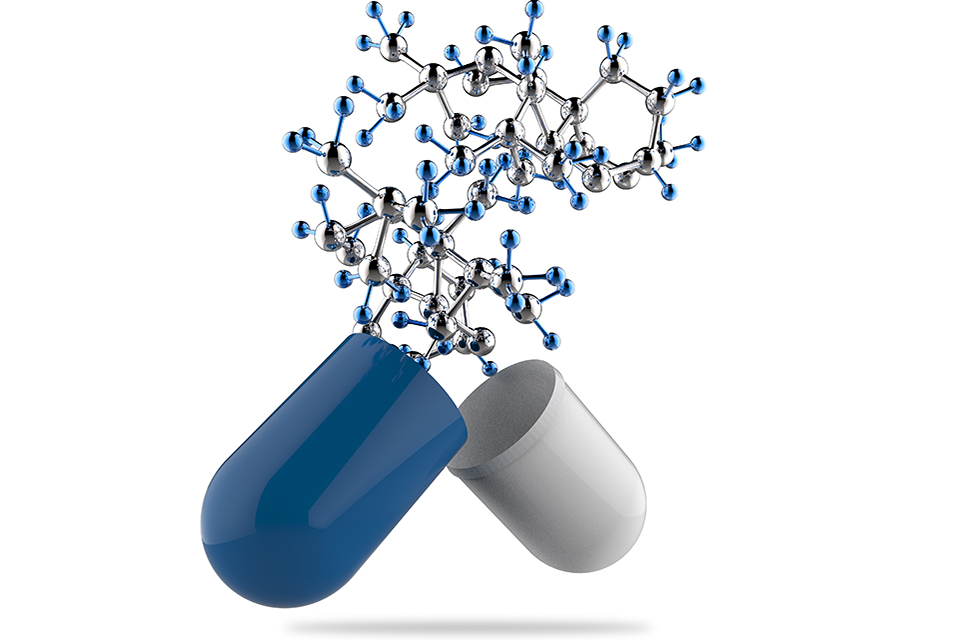